Lane played Left Guard and Right Tackle for seven seasons in the NFL from 1994-2000. He started in Super Bowl XXXI for the New England Patriots and was named to the 1990s Patriots All-Decades Team.

Lane was chosen with the 168th pick in the1994 NFL Draft by the New England Patriots on April 25, 1994. He played in 100 regular season games and in 7 playoff games for the Patriots. He played offensive guard and tackle and was used as a blocking tight end in short yardage situations. Lane recovering five fumbles. Lane attended the US Naval Academy, serving as a three year starter at offensive tackle for the Midshipman. 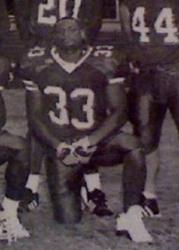 Croom currently coaches at the Middlesex school in Concord, he was the Wide receivers coach at Worcester State University, Head Strength & Conditioning Coach for the Billerica Memorial High School football team where he trained the high school athletes during the season and off season. Croom also owns 1st String Performance Football and Skill Development. There, he provides small group and one-on-one training for athletes through year-round skill development programs, in turn, helping numerous athletes earn football scholarships to universities. In addition to this, he founded the Mass Elite 7v7 High School travel team where he connects promising high school football prospects within his vast national network of college scouting, national recruiting services and college coaches. 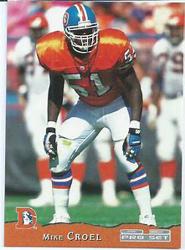 Croel a seven-year NFL career, he played for the Denver Broncos, New York Giants, Baltimore Ravens and Seattle Seahawks of the NFL and the Los Angeles Xtreme of the XFL. Croel attended Lincoln-Sudbury Regional High School, he played college football at the University of Nebraska. In 2003, he was inducted in their Football Hall of fame.

Croel was selected by the Broncos in the first round of the 1991 NFL Draft. In 1991, he was chosen as the NFL Defensive Rookie of the Year and the UPI AFL-AFC Rookie of the Year award. In that same rookie year, Croel recorded ten sacks, his single-season high. In 101 career games, Croel scored one touchdown, recorded 24.0 sacks, two interceptions and 38 yards. 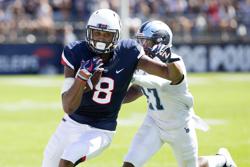 Mclean, a four year letter winner two year starter for the UCONN Huskies program. Originally a Wide Receiver he transitioned to Tight End. He finished his career with 1,000 reception yards and 4 TD's. Had a career-day at SMU (Sept. 30 2017) hauling in five catches for 122 yards including a 64-yard touchdown catch

High School: Wide receiver at St. Mark's School in Southborough, Mass. ...named 2013 and 2014 All-New England Class C...ranked the No. 11 prospect in Massachusetts by ESPN...led the Independent School League in touchdown receptions in 2013 with 10...had nine touchdown receptions with over 700 yards as a sophomore...Boston Globe All-Scholastic...also played basketball.

Borden will begin the 2019 season with the University of New Hampshire program as Offensive Analyst, working primarily with the team's quarterbacks. This is similar to his previous role at the University of Massachusetts. Borden has worked under Jim Fassel with the Las Vegas Locomotives of the United Football League, Curry College, the Massachusetts Maritime Academy and, most recently, Mount Ida College. During his tenure as the offensive coordinator for Massachusetts Maritime, Borden oversaw one of the nation’s most prolific offensive attacks, as the Buccaneers were ranked as high as second nationally in total offense with more than 13,000 yards.

Borden is a graduate of Bentley University and played high school football for Lexington. 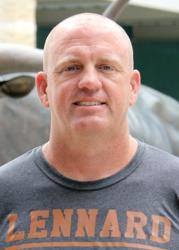 Currently the Head Coach of Lennard High an 8A school in Ruskin, FL a subburb of Tampa, Kitchie is Entering his 14th Season.   Kitchie has led 4 High School programs in the Bay Area, sending over 40 student athletes on to play college football. He is also the Tampa Chapter President for the National Football Foundation.  A Native of Bradenton,FL Kitchie played his prep career at Southeast High. During his time playing Quarterback the Seminoles won Back to Back State Titles in 1993 and 1994.   After High School Kitchie had a short stint at Susquehanna University before finishing at D2 Newberry College.   After College Kitchie began his coaching career at Eastern Kentucky University as the WRs coach.   In 2006 he entered into High School coaching at Saint Stephen's School.   Kitchie had his most success as a Coach at Land O' Lakes High going 18-3 in 2009 and 2010.

Croom, a four year starter for the Susquehanna University football program, was a All-Conference Running Back and Return Specialist, DIII All South Region as a Return Specialist. Croom was also the top ranked returner on the team and conference, ranking nationally in the top 20 of DIII Punt Returners all four years (avg yards per return). Croom finished his career with 12 Touchdowns, over 3,000 All Purpose yards including the #1 and #3 longest punt returns for touchdown in school history, 95 yards and 90 yards respectively.

Augusta is currently the strength and conditioning coach at Mashpee High School, working with varsity athletes including the Mashpee High School Football team. He trained extensively under Dr. Jeffrey Anderson of the M.E.C.A Back Institute to be certified in human bio-mechanics, kettle bells, M.E.C.A Back Wedge, and myofascial slings. He has weigh room safety certification from Bigger Faster Stronger, TRX, and Bioforce. He runs his own training business in Falmouth, FITNESS 02536, and has been working in this field for 7 years.

High School: He played football for two seasons at the New Hampton School for Coach Craig Kozens, including the 1999 Class B NEPSAC Super Bowl Champions, where he played Offensive Guard / Middle Linebacker, and led the team in tackles. Augusta was named a 1999 Lakes Region All-Star and a 2000 Class A, All New England Player at Offensive Guard and Middle Linebacker. Along with his championship team, he was inducted into the New Hampton School Athletic Hall of Fame in 2014.

Additionally, he is the Head Football Coach for the Mashpee Middle School (grades 7-8).